The story began a long time ago, 2006 to be exact,
Newly pregnant and ready to spend, I wasn't about to be lax.

Shiny new things, a treasure trove of cute and teeny,
My credit card got a work out as I told my hubby he was a meany.

He thought spending twenty-five bucks on a nappy for the bum,
a waste of his hard-earned dosh, plastic naps were a far cheaper sum.

Seven years later, the next babe was yet to be,
The nappies were ageing as fast as you and me.

With regret I pulled out the boxes, of fluffy white, blue and pink,
I packaged them up, shed a tear or two and opted for a stiff drink.

Okay so far be it for me to pretend I know the first iota about poetry! This is the story of the end. The Last Goodbye to my humble Poo Catchers! 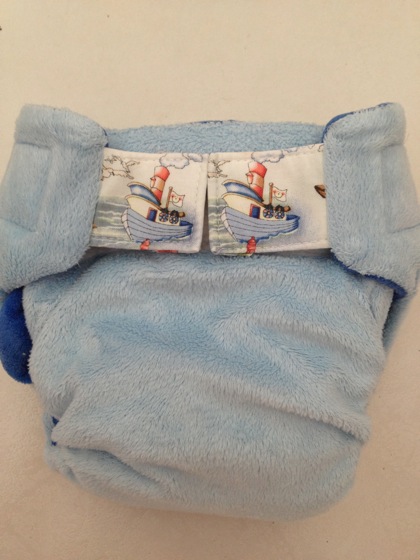 2006 and just pregnant, I began tentatively dipping my toes in the waters of all things baby. Until that point I had held off buying ANYTHING for babies. I got by purchasing books about babies; non-sensical books but it felt like I was peeping into the lives of motherhood and I felt excited that soon that could be ME. Two and a half years later I got my wish and I put the silly little books to the side as I started to actually BUY baby related goods.

A long time member of a baby forum, I stumbled across the Modern Cloth Nappy Threads (MCN) and my mind went into overdrive. A romantic notion of how cute my babe would look swathed in a cloth bum and it was from that point on the credit card got a VAST working out. I negotiated internally that I was buying them for a purpose. A stash big enough to cloth my babies bum and my future babies. When the idea of future babies never came to fruition, I was happy to lend my vast stash of cloth nappies to my SIL who fell in love with the pretty pink ones.

Several years later I loaned them out again to a friend who wished to try them.

After that they languished in the deep dark depths of my cupboards. Several times I thought to sell them but I just could not bring myself to start rifling through them. The memories of these mere poo catchers made my throat catch and each time I considered it - I staved the thought to the back of my mind, and closed that cupboard door once more.

Honestly the thought of having to wash each and every one and load each picture up individually - knowing I wouldn't get back anywhere near the $$$ I had spent on them made me shrink inside. Perhaps it was the final chapter of my story that stopped me. The ending of a fine romance.

We are now in 2013, my babe is now fast approaching her 6th birthday (how did that happen so fast?) and still these nappies sat in storage.

My SIL who had sworn no more babies; fell pregnant. She wants the nappies. Then a friend fell pregnant after an even longer time and she too wants some nappies. It made my decision easier, rather than sell them and endure the pain as I remember each one, I could give them away.

I am gifting them because truth be told I want no money, while I'm sure the money could be wisely spent in other areas - it feels frivolous to put a price on something I once held so dear. In this case its not so much the nappies that I held dear - it was the romantic notion behind the poop catchers; of holding another baby.

Today I am pulling out 5 bags full of nappies (did I not mention I had quite the stash happening?) and I am painstakingly sorting them out with my SIL. Inside I will be battling the lump that will sit in my throat all day and I pray that I won't shed a tear in her company. I am too strong to weep over a few stupid little poo catchers.

Got something in my eye...

No words but much love to you, my beautiful brave friend xxxx

Oh my, mine 2 are 6.5 & 4.5 and I can't bring myself to stocktake all my lovely clothies yet, brave lady you are doing a wonderful thing.