Yikes what a week! Last Saturday the 1st November marked NaNoWriMo 2014. I was worried that after all my preparation and talk of attempting it, I might not be able to commit when it came to the crunch. 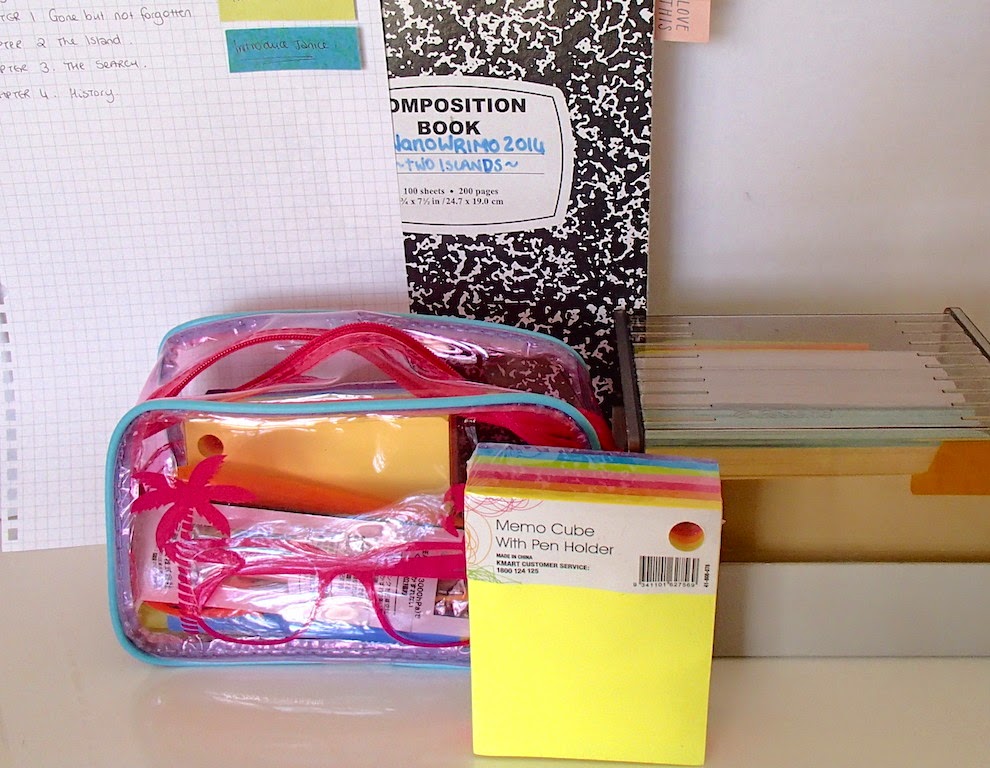 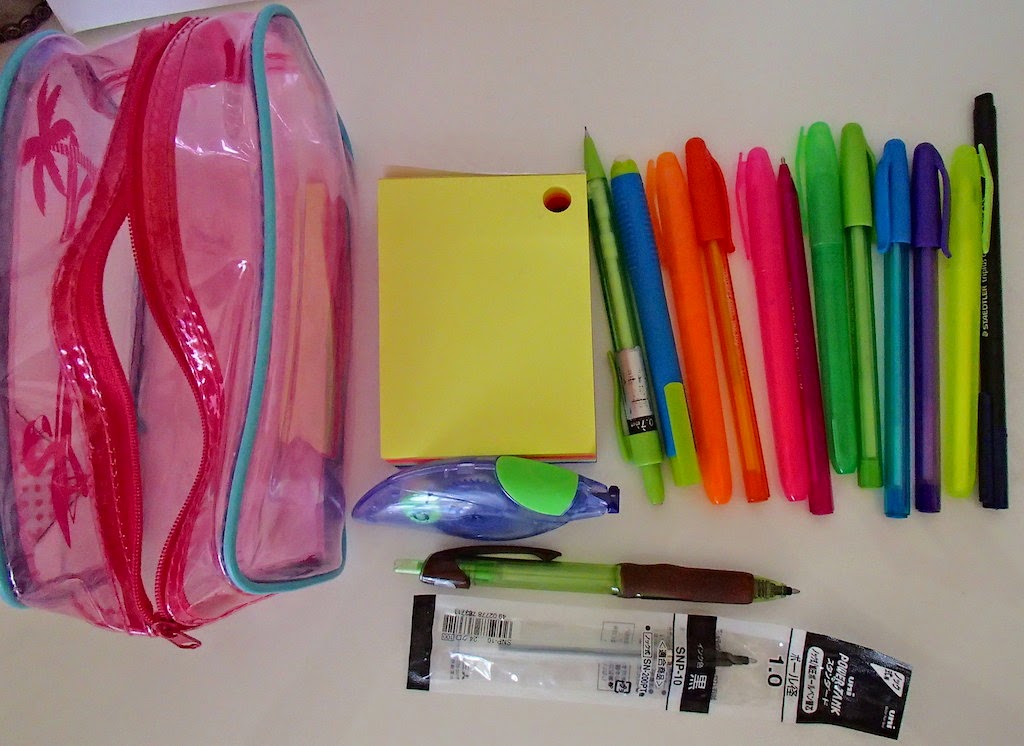 In my new pencil case, there is my Uni power tank Eco refill pen PLUS a refill (which I have already re-loaded this week), whiteout, memo cubes, pencil, eraser and assorted pens and highlighters. I had every intention of highlighting per character / scene / event - except as the week has gone on, I grab ANY colour on hand and run with it. 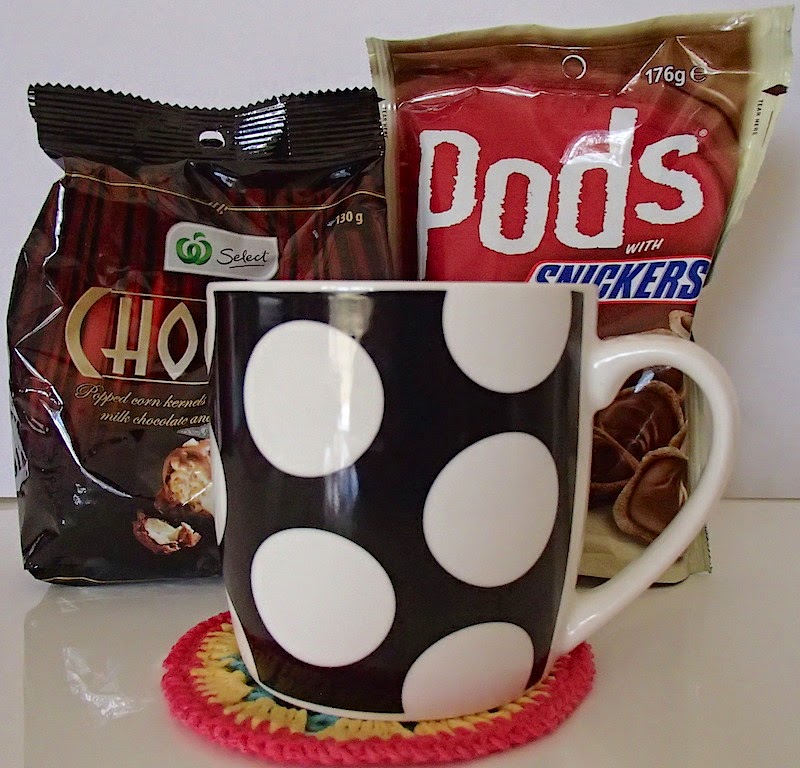 There was a slight hiccup come Saturday morning when I went to the cupboard to retrieve my NaNo supplies. SOMEONE ate the cadbury choc-coated popcorn; which ensued a mad dash to the shops the following day to replace them with the Select brand as the cadbury was out of stock - which wasn't nearly as good *sigh*

I also purchased a new coffee mug for this years NaNo (only because my last cup chipped) it has been nice sitting with my coffee and writing each morning and afternoon.

So now I have shared what is in my NaNoKit; which I was supposed to share LAST weekend but didn't due to not enough hours in a day to write and blog. I want to share my writing progress with you.The chart below is from the NaNo site and is after my Friday word count was entered. A total of 17,654 after 7 days of solid writing which is about 3.5 days ahead of schedule and would have me finishing 50K 7 days early IF I keep up the same pace. 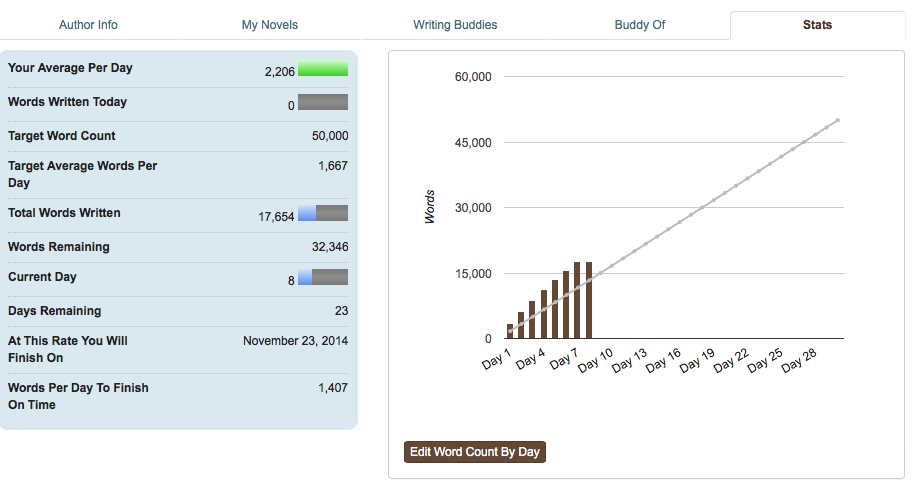 So that's my NaNo update for week 1. Chances are I won't get back until next weekend to update again as there is another solid week of words awaiting my pen and book. I am thoroughly enjoying the process and loving the new characters I have created and even though my story hasn't progressed to where I wanted it to be at the current word count, I'm not complaining because I am still on track for word count PLUS I keep telling myself I can edit later.
Posted by Car at 2:40 PM

It would be super weird if I said I had made crepe paper pompoms and was chanting 'Go Car' slogans to the tune of 'Hey Mickey', wouldn't it?
So you'll just have to imagine it instead.
No - wait. That's even weirder.