When I started NaNoWriMo I decided I wanted to handwrite my story in a Composition Book. I'm not sure why I decided on this (though I am glad I have - it has given me the flexibility to write wherever I am.)

Deciding to handwrite meant I had to choose a pen. I half thought about colour coding my scenes / characters but I knew that would be too difficult - so I pulled out an old green Uniball Power tank that is refillable. The reason I chose this is because I found an extra 4 packets of ink refills and I figured four would see me to the end of the month with some to spare. 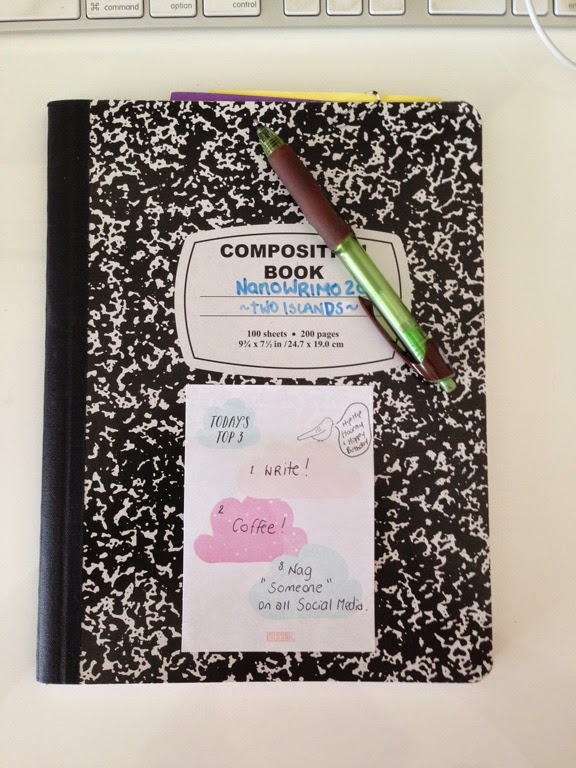 First refill lasted 53 pages and over 15,000 words the second was replaced sometime around page 108. I mentioned to a friend on Instagram that IF I won the 50K words of NaNoWriMo I was off to Officeworks to replace my pen. You see the end had been chewed upon and as I wrote further and further into the month - the brown grip was starting to lift away under the sweat of my fingers. Fast forward to last Friday, I was on the Island and decided rather than drive HOME and then BACK again I would hang about, grab a coffee and write the days instalments in my free hour.  So it was on page 118 after 47 words my pen snapped. 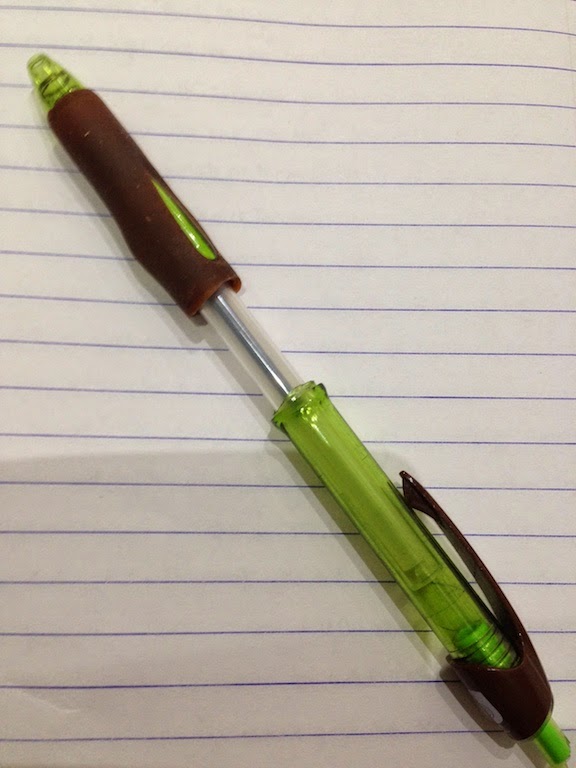 Completely snapped in two. And therein lay a dilemma. The nearest Officeworks was 25mins in the opposite direction, I did not have time to get there and back in time for School pick up. My coffee and meal had just been delivered and I had a total choice of Orange pen (frixion pen) OR a blue fine pen in my handbag to choose from.
Call me MAD - call me COMPULSIVE - call me CRAZY... but after 20 days using the same black pen and writing 41,300 words... well I just could not bring myself to use the orange or blue pens in my bag. I was distressed and unsettled and I felt like everything was unravelling and attempting to use the refills on their own without the pen sort of didn't work too well. Nor did the attempt to "washi tape" my pen back together again! Luckily for me I popped into the newsagents and they had the same brand pen, refillable & the only thing against it was it was a black casing not green. But beggars cannot be chooses and I splurged the $4.50 to get me through the end of the month! 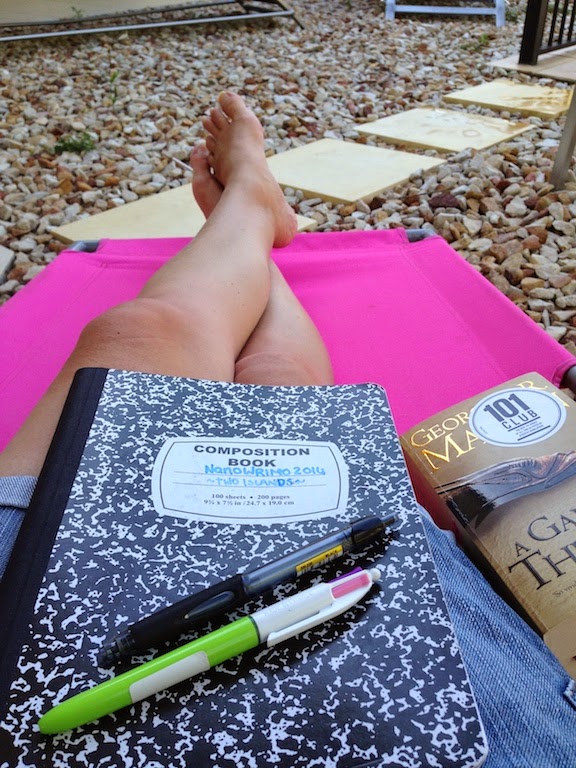 Tell me - have you ever had a NaNoWriMo catastrophe that has stopped you in your tracks? I know next year (should I decide to attempt this crazy ride again - I will be buying TWO pens + refills and will be taking them everywhere with me!)

It's like a talisman isn't it Car - so glad you found the same pen (even if it was in a different colour) - you are doing so well at this.