Escaping the every day

I won't lie to you - bed rest (or couch rest...) utterly SUCKS! I hate, hate, hate sitting around and doing nothing much (or too much of the same thing!) There is only so much TV a girl can watch and I have never been so glad for the School term to resume so I can drive to the Island each day.


My first day back behind the wheel, actually didn't happen until day 13 post op (I was originally given 1 week clearance - however a small altercation involving a coughing fit + a popped open belly button + new stitches & glue put me back nearly an extra week!

When I finally did jump in the car, it was only a quick but nerve wracking drive to the island. Stopping off for a much needed piece of cheesecake and a REAL coffee on the way! We found a deserted section of beach with a concrete ledge I could perch upon while my daughter ran and cartwheeled and squealed after being let out of the house. She is such a little trooper and declared that she had the BEST holidays ever - even though it felt like we did nothing at all. 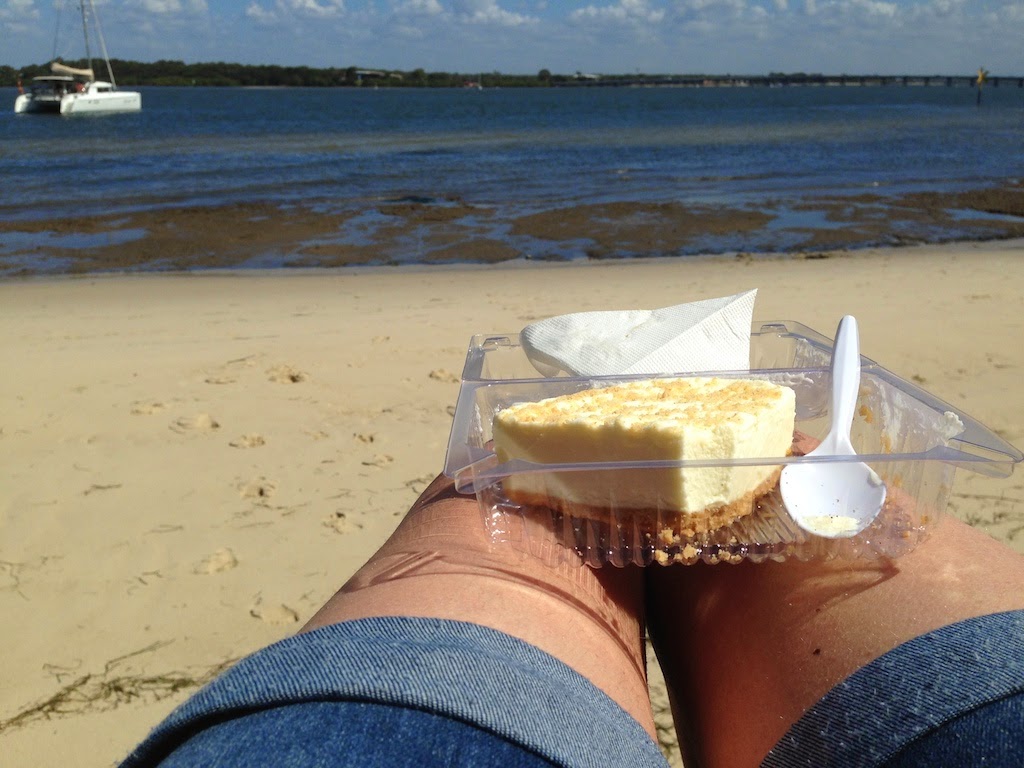 Over the weekend I insisted we go for a drive and found ourselves at the Dam. With coffee and donut (are you spying a theme happening here) coupled with a pounding headache - we set up our chairs on along the grassy bank of the dam and soaked in the blue skies and sunshine while breathing in the fresh air. 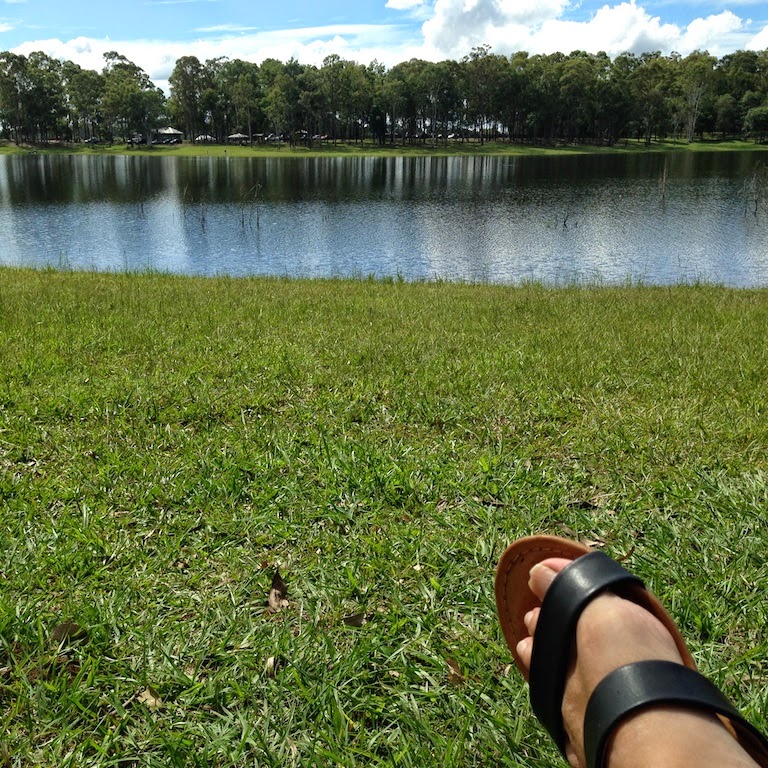 This past weekend weekend we had another small outing. This time along a different waterfront. Quiet open space. More water. There is something so soothing about being near the water.

This post has precisely diddly-squat to do with anything of any relevance. But that is okay - this is all about me remembering to embrace small moments in life, rather than dwelling on the parts I cannot change. And reminding me that it is okay to exercise patience. For now. This won't last forever.
Posted by Car at 12:23 PM

Small steps Car and you will get there. there's nothing that soothes me so much as being near water. Wishing you a speedy recovery from the surgery x