The Sands of Time

I am a creature of habit. Change has become a foreign concept. I like to know where I stand, where I am going and I resist turning in difficult directions.

Yet this year as I watch the seasons come and go, change has been etched on the horizon. It is edging ever closer to me and I am finally allowing it a place in my home. 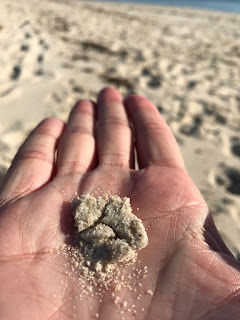 The beach is my favourite place. Mornings I walk along the passage watching the changes evolve. Man-made changes as dozers reposition the sand and push it this way and that. Natural changes as the tidal ebb and flow push that sand back in the opposite direction.

Each Friday we take a stroll up the beach, watching as tide and time press and mould the sand. Nothing remains stagnant for long. 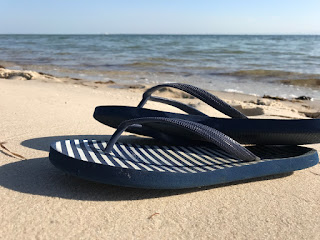 These past few years have seen major changes in the flow of our lives. Most changes were for the better and while I may have resisted initially - like the landscape of a beach, the changes occurred anyway.

Time is a fickle thing. Time is a relentless march forward. There is no stopping. Or turning back. There is only onward.

So much time has passed since I connected with this space, I considered whining about it. Or closing it down for good. Yet a spark niggled, a nagging voice in my head grew louder and I wondered if it was possible to adjust my sails and begin a new voyage.

The beauty of change is possibility.

Anything is possible if you allow yourself to be open to it.
Posted by Car at 11:09 AM