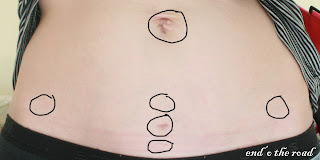 So this post was all about Connecting the Dots of my surgeries... but I have to ask - did you see the face in the picture above? 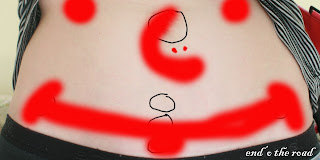