Did you know I am a little bit musical? It was many, many moons ago that I started learning to play the Organ. My Nan had one and would belt out tunes ALL THE TIME so my parents invested in one too and I spent many years learning to play as well as learning theory. By the time I was in high school, I had a new teacher and I had completed all of my theory exams. So I wheedled and nagged my parents to let me learn the piano and so it was they finally bit the bullet in 1993 and we were the proud owners of a beautiful Mahogany Piano. I sat several exams over the next few years and even though I didn’t garner great results (particularly in the last exam I sat for) I really enjoyed learning the more difficult pieces.

When I moved out of home, I did a deal with my parents and ended up buying the piano from them (it cost me a car and a stereo system and some from memory) but it was worth it. For the next 2 years I continued to commute to my home town and take lessons with my teacher and I had every intention of sitting for my 5th exam (even though I hated the exams and I completely bombed out when I had to perform in front of anyone!) but then as it does - life just got in the way. I was 20 something and learning this instrument that really was never going to take me places as I wasn’t cut out to be a “teacher” and what would I ever do with it. So I eventually stopped going to lessons. I got married instead and still played occasionally.

Each time we moved, I dragged the piano with me - determined to return to it one day. To find a new teacher. To perhaps return and finish my exams.

Fast forward a decade and I kid you not - I have barely touched it. It sits, my pride of joy in my living room and it remains quiet. Every now and then my daughter would have a little play and still I promised myself I would return to it. One day.
This year I finally found a teacher for my daughter to begin lessons. She only started this term and already is grasping it really quickly. I mentioned to my daughter that I really missed playing but sadly couldn’t remember much any more; she suggested that after few more lessons, she can teach me what I’ve forgotten! 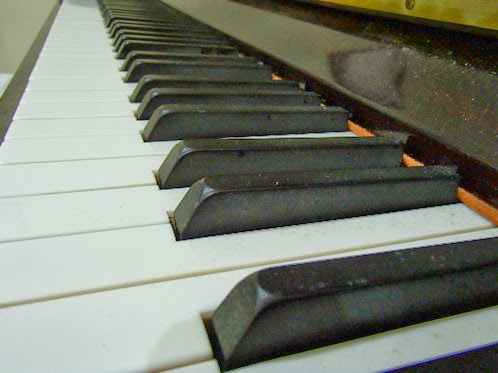 Yesterday afternoon, feeling a little stressed and after my daughter had finished her practice I grabbed some of my old sheet music from the cupboard and sat down. A few false starts and several times starting over (I had even forgotten how to read the music knew I would have forgotten a LOT since I last played and it took me some time to ever remember what notes they were, but after a few goes I managed the first two lines of this piece. And managed them not too bad (if I don’t say so myself)

Suddenly it was like my fingers knew where to play - I must have practiced this particualr piece over 100 times in the past (yes see that date - 6th January 2000!!!) I was very sad to see rusty I am at it now and there is no way in the world I could play it at 86 on the metronome (the piece is supposed to be played at 120-126 beats & way back then I was only managing to play it at 76 which was fast enough in itself!) Yesterday after 13 years, I would be flat out getting to half of those counts) 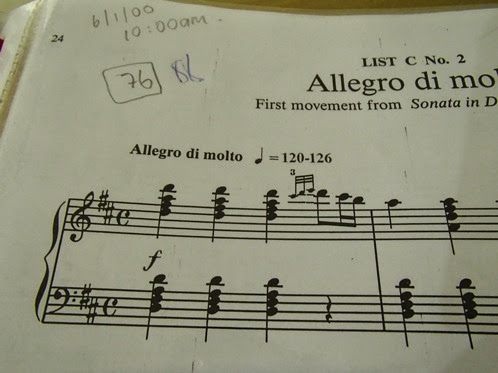 Of course I could have started with something a little easier - but where is the FUN in that?

Want to hear how this piece is supposed to be played? Absolutely amazing playing - I can only dream to play to that extent.

I'd love to learn piano. I've been thinking about how to try and fit it in.

You are so lucky to have that skill. Don't dare let it rust any longer.