When I last wrote I mentioned that I was having a break from my story and that I had taken the time to explore different writing and genres. I spent the first week of the School holidays stealing 30mins here and there to write and then fell off the bandwagon with an assortment of ailments in the second week. Rather than lament about lost opportunities, I put the non-writing days behind me and last week I started the #writechain challenge again. I’m starting small – aiming for 500 words daily & not worrying if I don’t write on the weekends. I am making time each and every day between 1:30 and 2:30 to sit and write. The first 200 words are difficult to write but then something clicks and the words come tumbling out in ferocious speed that I have to physically stop what I’m doing in order to go pick up my girl from School.

Friday marked link 4 in the current chain and to date (including the sprints I wrote at the beginning of the holidays) I have managed to pen 8290 words on a horror piece that started inspiration as a small picture and a blurb I saw on the internet.

All previous attempts have gone haywire as I’ve attempted to write a story with a strong backbone but no planning. The timing has been wrong each and every time.

This year though I think I’m  ready. I think. Or maybe I’m not. One thing I am planning on doing is to shake the rules up a little for my own benefit & hopefully to ease pressure on myself when it feels like failure is imminent.

I have one story I have been playing around with, the idea has been floating in my head for some months but its not until now that I have started to execute it and start jotting notes for it. I’m utilising the Ready Set Novel book from NaNoWriMo but also accompanied is a 200 page composition book for handwriting the novel (yes – I’m completely mad!) and a blank notebook to add research notes, pictures, inspiration – whatever comes to mind as I trudge forward into unknown territory. 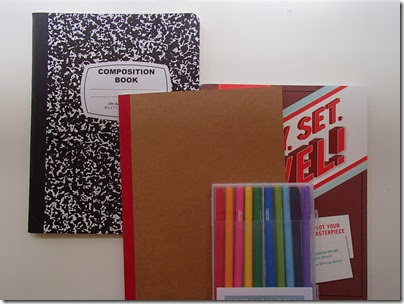 My own Rule Change: if I can’t focus on the above story OR if I lose the pace while writing it, then I am giving myself full permission to revert to the horror genre that I’m currently working on & using a group of pictures I found on the world wide web write a series of short stories. 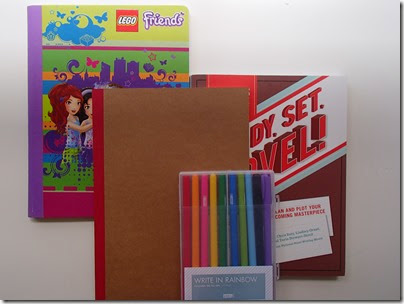 I figure either way will work and maybe by the end of the month I will have delved into this task and filled at least ONE notebook with words.

Email ThisBlogThis!Share to TwitterShare to FacebookShare to Pinterest
Labels: Writing