Danger! Writer in the House

Sometimes things just "happen" and you are left wondering - did that just happen? Earlier this year, I was mindlessly scrolling Facebook when I stumbled over "A Year of Writing Dangerously"

Wait! What? A year. Writing. Danger.

Two minutes of searching and pressing Buy it Now faster than you could say... DANGER!

The plan was to begin writing next year.

The plan was to use it as inspiration to write a novel.

Oh to heck with plans. Yesterday was that day. I grabbed out my already used 365 Kikki K notebook from (*mutters* 2010) and I wrote. 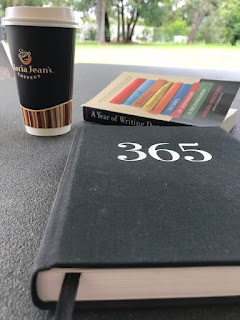 As I wrote and dreamt, I began thinking about next year. A list* began to formulate of all the things I might like to try next year. Yes I may be leaving myself wide open for failure. Yet it isn't a huge step up from what I am already doing now and without social media distractions - I may well be able to jump back into this writing gig! 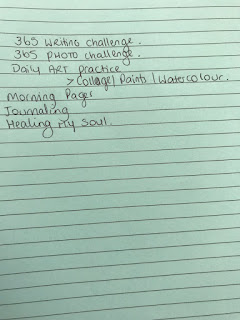 * said List may be subject to change at any given time. Or when NEW shiny projects appear on the horizon.
Posted by Car at 7:05 PM

Shiny? Did someone say shiny? New? Project? I am here for that what are we making